[ALC] Acquiring a Language through Body Movements and Story-telling 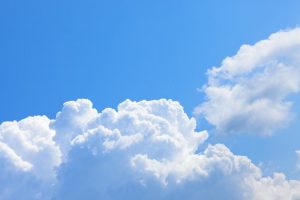 With Toughness and Caring, a Novel Therapy Helps Tortured Souls

”I’ve been going through this since I was 11 years old,” the young woman said, ”I’m backed up against the wall. Either I need to do this therapy or I need to die.”

”I’ve been going through this since I was 11 years old,” the young woman said, ”I’m backed up against the wall. Either I need to do this therapy or I need to die.”

”Well, why not die?” the therapist asked.

This aggressive cross-examination is a signature technique of what has become one of the most popular new psychotherapies in a generation.

For years, psychotherapists have had a wide array of techniques to draw from in helping troubled patients. The most commonly discussed recent therapies teach interpersonal skills for improving relationships or cognitive skills for defusing upsetting thoughts. But even the best therapies are worth little if patients are too defiant, too desperate or too upset to accept help.

Why clinicians and health officials around the world are trying out a provocative approach called dialectical behavior therapy. Developed at the University of Washington by Dr. Marsha Linehan, a researcher and clinician who was the therapist in the above exchange, dialectical techniques have proved effective in the most difficult-to-reach cases, sometimes saving the lives of intensely suicidal people.

Other therapies, Dr. Linehan said, implied that the patients were the problem, and that they could change if they wanted to.

”But these are people who have been told all their lives that they are the problem,” she said, adding, ”We needed a new approach.”

Already, more than a dozen states have incorporated the therapy in their mental health systems, as have scores of forensic hospitals, drug treatment centers and prisons in the United States, Australia, Britain and Germany. Word is moving fast, experts say, because any well-defined approach that gets through to suicidal patients holds promise for other hard cases: drug addicts, people with bulimia, severely depressed adolescents, the defiant and the antisocial.

In a health field starved for innovation, in which treatments are notoriously difficult to define, study and standardize, Dr. Linehan’s manuals and underlying philosophy represent the most significant new effort in decades, some experts believe.

”It’s an extremely hot therapy now because it deserves to be,” said Dr. Steve Hollon, a professor of psychology at Vanderbilt University.

Other experts caution that the excitement over the therapy has outpaced the science.

”It concerns me that so many states are mandating this treatment when we only have yearlong studies, and we don’t know if it really eliminates the problem long term,” said Dr. Drew Westen, a professor of psychiatry, psychology and behavioral sciences at Emory University.

Still, he said, ”the therapy seems to help patients regulate their emotions when they’re spiraling out of control, and that, to me, would be a real, enduring contribution to the field.”

Dr. Linehan first developed the therapy as a way to help people with borderline personality disorder, an enigmatic and notoriously difficult condition to treat.

Borderline patients are often severely self-destructive, cutting or burning themselves and attempting suicide. In therapy, they are often manipulative, mercurial, at times chillingly mute. They wear out therapists and try the patience of friends and family members. (The needy, compulsive, violent character played by Glenn Close in the 1987 movie ”Fatal Attraction,” who seduces a married man and then stalks him when he rejects her, exhibits borderline behavior, some say.)

Some researchers believe that the disorder develops as a result of uncertain attachments to parents early in life. Others are searching for biological roots. One study, for example, found that borderline patients exhibited hyperactivity in the amygdala, a part of the brain involved in emotion regulation. Some patients, experts say, are helped by mood-stabilizing drugs.

Yet dialectical therapy neither involves drugs nor concerns itself much with biology. It begins with an idea called radical acceptance, the insistence that people in therapy accept who they are and that they are not who they want to be. They cannot go back and repair their childhood, as awful as it might have been. They have blown precious relationships for good. Most of all, they experience waves of rage, emptiness and despair far more intensely than other people do.

The therapist, in turn, acknowledges that self-harming behaviors and suicide attempts actually make some sense. They are expected responses to profound distress; though dysfunctional, they provide relief.

”You’re meeting them right where they are if you say, ‘I realize this behavior has been a good coping skill for you,”’ said Marjorie Burns, a therapist in Fort Wayne, Ind., who has used dialectic techniques to help troubled adolescents, as well as people with bipolar and eating disorders. ”It normalizes the behavior in a way, and shows some compassion.”

But the patients also come to realize they have only two choices: change or stay miserable. The woman who Dr. Linehan treated, for example, said she saw the treatment as her only hope.

”So, in other words, all things being equal, you’d rather live than die, if you can pull this off?” Dr. Linehan asked the woman.

”If I can pull this off, yeah,” she replied.

A few moments later, Dr. Linehan obtained a pledge, a step crucial to the therapy: ”So that’s what I see as our No.1 priority,” she said, ”getting you to agree, meaningfully of course, and actually following through on staying alive and not harming yourself and not attempting suicide no matter what your mood is.”

”Yes, I agree to that,” the young woman said.

Once a commitment is made, the dialectical therapist holds patients to it and just as often has them explain why they need to change their behavior, rather than making it solely the therapist’s responsibility. The process is somewhat collaborative, driven by the patient as well as the therapist, and focused in the beginning simply on staying alive.

One thing patients learn very early, for instance, is to notice when their emotions begin to stir, allow themselves to feel the storm whip up, then let it pass — all without doing anything. This Zen-like self-observation, called mindfulness, is an exercise not in avoidance but in feeling and enduring emotional pain. It dramatizes one principle of the therapy: that what patients do can be independent of how they feel. Emotion does not have to rule behavior.

”You can feel like a mental patient, but that doesn’t mean you have to act like one,” Dr. Linehan said.

While other clinicians might advise patients to fight, ignore or question their distressing emotions to defuse the sensations, dialectical therapists argue that those strategies are not much good. Most patients have already tried managing despair and loneliness in these ways, and they can’t do it. That is why they keep landing in the hospital.

”With eating disorders, patients are trying to fight thoughts about body shape and weight and it often just makes them worse,” said Dr. G. Terence Wilson, a professor of psychology at Rutgers.

It is after they have pledged to change and demonstrated the ability to weather emotional squalls that people can best begin to learn the many specific social and behavioral skills that have proved successful in combating depression, anxiety and other forms of psychic distress. These include methods for disputing catastrophic assumptions, like ”I must be inadequate if I can’t fix this myself” and social skills — for example, judging when it is appropriate in a relationship to make demands or to refuse them, depending on the type of relationship involved.

As they would in more traditional cognitive or interpersonal therapies, people practice these skills and track their progress by completing homework and diaries of their thoughts and behaviors.

When people ”slip” and feel on the verge of harming themselves, they are instructed to call the therapist. Afterward, in sessions, they must painstakingly reconstruct a moment-by-moment narrative of how they went from feeling relatively fine to feeling desperate. When, exactly, did they decide to harm themselves, what happened just before that, and so on. The therapist insists that this recounting be done in a neutral, matter-of-fact way, despite the rage or shame in the story — in effect, teaching the patient to regulate the emotions that in daily life drive them over the edge.

The theory is that by acting differently from how they feel — projecting confidence when afraid, say, or indifference when ashamed — people loosen the hold of the emotion even though its origins have not necessarily been addressed at all.

Finally, dialectical therapists make sure that the patients do not feel emotionally rewarded for attempting suicide or harming themselves. When some people overdose or cut themselves, they land in the hospital, where they are cared for, removed from the stresses of daily living and sometimes pampered. In these cases the therapist works with the person and the hospital to remove this reinforcement, denying hospitalization, if possible, or at least making the stay less pleasant.

Hospitalization can work in the opposite way as well. A woman and mother of three named Barbara, who lives in Connecticut and would give only her first name out of concern for her privacy, regularly cut and hurt herself well into her 50’s, for reasons she could not explain. In the past, she said, she got no help from therapy. But dialectical therapy was different. ”One reason I did the work is that I knew if I refused I’d be dropped from the program and referred back to the hospital,” she said.

In more than half a dozen studies, researchers at the University of Washington and elsewhere have tracked the progress of some 150 people at high risk for suicide with borderline personality disorder who received dialectical therapy, which typically includes one hourlong individual session a week, plus one weekly group session of more than two hours. They have also followed similar groups of patients who received treatment as usual, seeing a series of therapists who each tried something a little different.

After six months to a year, depending on the study, those who had dialectical therapy made significantly fewer suicide attempts, landed in the hospital less often and were much less likely to quit therapy. Pilot studies testing the therapy to treat suicidal teenagers, juvenile offenders, depressed older adults and women with eating disorders have also been encouraging.

It is not yet clear from this evidence exactly what is causing the changes in behavior. The amount of careful attention therapists are giving clients, the charisma of individual therapists or even the high motivation of the therapy team could all be critical components.

Nor is it clear from the studies how much better people who receive the therapy actually feel, day to day, once the treatment has ended.. For long-term recovery, said Dr. Otto Kernberg, a professor of psychiatry at Weill Medical College of Cornell University and an expert on personality disorders, it may be that people with borderline disorder need psychotherapy that also gives them insight into the unresolved psychological conflicts that may lie behind their emotional turmoil.

Dr. Westen, at Emory, said, ”My guess would be that the problems they have in the experience of the self, the emptiness and abandonment they feel, probably aren’t going to change much in one year.”

For dialectical therapists, these debates are important but secondary. Their patients, they say, can and should learn to have lives that are enjoyable, rather than merely tolerable. But for now, most have already accomplished something that many others have not. They are out of the hospital, and they are alive.

A version of this article appears in print on July 13, 2004, Section F, Page 1 of the National edition with the headline: With Toughness and Caring, a Novel Therapy Helps Tortured Souls. Order Reprints | Today’s Paper | Subscribe

News 1: “The psychologist to whom the New York Times paid attention”