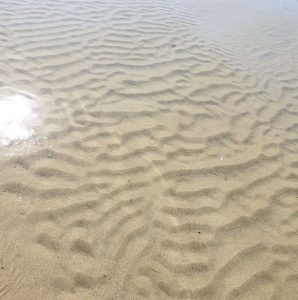 Autism Spectrum Disorder(ASD) is a complicated developmental condition that is characterised by challenges in social situations, verbal and nonverbal communications, and stereotyped behaviours. According to the Centers for Disease Control in the US, 1 in 54 Americans are identified as having ASD. The prevalence rate of ASD in Korea is 2.64%, which is similar to the prevalence rate in the US.

As ASD is a spectrum disorder, how individuals manifest difficulties and strengths is highly complex and different from one another. Symptoms of ASD usually appears before the age of three, and there are several research supporting a favourable prognosis when ASD is discovered in early stages and is treated consistently. This page gives a more detailed explanation on ASD along with the clinical services that are provided at the Tree Group.

The specific problematic behaviours are complex and are shown in a wide range; therefore, each child with ASD has different symptoms.

There is no clearly known cause of ASD. Based on the current studies, experts suspect that neurodevelopment problems due to various neurobiological reasons are the cause of ASD. If ASD is not treated in the early developmental stages, normal development becomes difficult, making it hard for them to adjust to the society properly as adults.

Various research has demonstrated that behavioural therapy is highly effective in treating ASD. Since 2004, behavioural therapists at the Tree Group have been analysing children’s behavioural, emotional, and cognitive patterns based on professional clinical knowledge and have designed individualised treatment plan for children with ASD. Behavioural therapy based on thorough behavioural analysis that encompasses both clinical and educational aspects stimulates linguistic and emotional behaviour development, educational growth, and proficiency in social situations. Moreover, it is a scientifically proven method to treat secondary symptoms such as depression, anxiety, impulsive/destructive behaviours, or ADHD.

As shown in the above-mentioned diagram, clinicians in various fields come together to specify each children’s goals and investigate the best method to reinforce target behaviors and reduce inappropriate behaviors. These methods are applied in clinical and psycho-educational treatment sessions. Furthermore, clinicians regularly evaluate the effectiveness of the treatment plan by investigating whether or not the target behaviors have increased over a certain period. Based on the clinical and scientific analysis, the clinicians at the Tree Group guide children to acquire specific skills to achieve the target goals by providing consistent and individualized treatment.

Since its establishment in 2003, the International Psychological Services at the Tree Group has been treating numerous Korean- or English-speaking children diagnosed with ASD with the cooperation of parents and international schools. Our mission is to guide children with ASD to overcome difficulties in language development, emotional expression, and social situations. When treated consistently based on the provided treatment plan, children with ASD are living lives similar to those of regular people in their final stages of treatment.

I believe that I can overcome any upcoming challenges.

Learning to observe myself through DBT

A desert island life has changed.